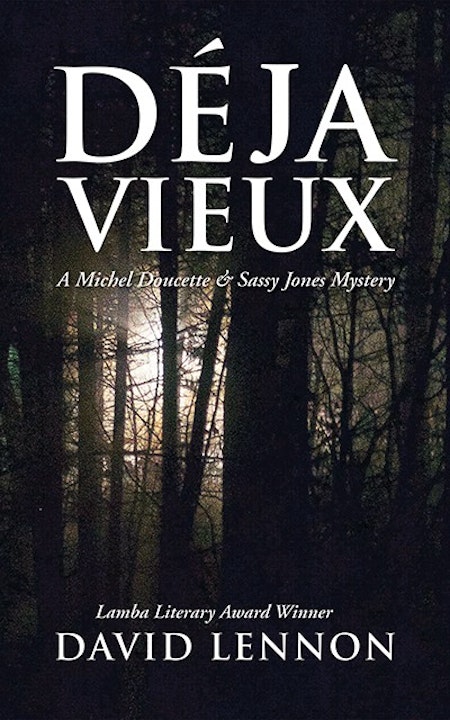 Ep:046 David was born and raised in the Boston area, though he was fortunate to live in San Diego in the 3rd and 4th grades, where he was bullied into losing his "horrible" accent. His family moved a lot, but he considers his hometown to be Weston, MA, even though he was only there for 5 years of school.

He's published nine books, including seven featuring New Orleans-based detectives Michel Doucette and Alexandra "Sassy" Jones. The most recent, DEJA VIEUX, was published in May. He's a 5-time Lammy nominee, and won the 2010 Lammy for Gay Mystery for his second book, ECHOES.

He and his husband Brian moved to Kennebunk, ME, four years ago. His primary occupation is graphic design and branding strategy. In his spare time, he gardens, reads, watches the various permutations of LAW & ORDER, and practices guitar

Soldier Down by Neil Plakcy