A Discussion of Punishment by Anne Holt by Laury Egan 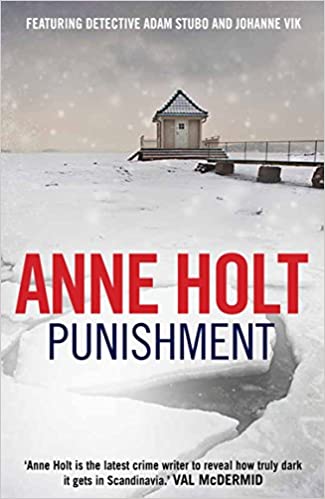 Thank you, Brad, for giving me the excuse to read some crime novels, though I hardly needed it because this genre—and mystery—are my favorites. One consideration I faced when reviewing these books: how to balance the fast-forward eagerness of a reader and my author’s need to analyze the bones of the novel—how the writer structures the plot, creates a suspenseful mood, and propels action. For these podcasts, I’ll attempt to wear both hats at the same time.

For two of my book choices—and possibly the third—I’m packing my virtual suitcase and heading overseas. My first review features Punishment by Anne Holt—Anne with an “e.” Holt was born in Norway in 1958 and is the best-selling female fiction writer of crime/suspense novels in her country, with 10 million copies sold in over 30 languages. She is also a lesbian, with a partner, Anne Christine Kjaer. Holt holds a law degree, worked for the Oslo Police Department before founding her own law firm, served as a Minister of Justice, and did a stint at the Norwegian Broadcasting Corporation.

I became aware of Anne Holt and other Scandinavian “noir” authors from a listing in the New York Times. Holt’s first series was published in 1993 with the novel, Blind Goddess. It featured a lesbian detective, Hanne Wilhelmsen, whose presence continued through ten books. Gay listeners may wish to start their reading with Blind Goddess before starting this second series, the first of which showcases two straight protagonists, Adam Stubo and Johanne Vik. In this opener, there are no LGTBQ characters.

The second book I’ll review is by the world-famous writer, Val McDermid, also a lesbian. In a quote regarding her Norwegian counterpart’s novel, Punishment, McDermid wrote, “A genuinely puzzling and deeply unsettling thriller. Anne Holt reveals how truly dark it gets in Scandinavia.”

If I attempted to write a complex plot like Punishment, I would run out of post-it-notes, require a dozen wall charts, and would soon quit in despair. I’m in awe of anyone who can concoct such a twisty tale that weaves diverse characters and their points of view as well as happenings that occur at different times and in multiple locations. Although most of the novel’s action takes place in Norway, at one point, psychologist and legal researcher, Johanne Vik, travels to Cape Cod. This ability to handle constant movement and action is the hallmark of a thriller, and because this novel also features Adam Stubo, a Detective Inspector in the National Criminal Investigative Service, it qualifies as a crime thriller. An interesting parallel is that this team mirrors Val McDermid’s dynamic pair, criminal psychologist, Dr. Tony Hill, and DCI Carol Jordan, although the genders of her two protagonists are switched from Holt’s. So, are the two great writers communicating with each other? I picture them sitting together in front of a snapping fire, drinking aged Scotch from crystal tumblers.

Okay. Back to Punishment. From the back cover:

“A killer is on the loose. Three children have been abducted. The bodies of two returned to their mothers along with a cruel note: ‘You got what you deserved.’ Adam Stubo is in charge of the investigation and is convinced there’s a crucial detail he’s overlooking. In a desperate bid to get some answers, he recruits legal researcher Johanne Vik, a woman with an extensive understanding of criminal history. With a chance that the third child is still alive, the clock is ticking. Can the pair solve the case in time to save her?”

Here is another essential ingredient in a crime thriller: Someone will die unless the hero and heroine come to the rescue.

Usually, thrillers hit the ground running, but Punishment begins with an eerie single page written from the first-person point of view—no gender mentioned. This ambiguous prologue leaves the reader wondering about the identity of the unnamed narrator and what the text means. And, on a stylistic note, Holt doesn’t use first-person perspective again but instead reverts to third-person accounts, including by the child abductor, to whom we can later attribute the prologue. It isn’t until the next page when the race starts in earnest, as we are thrust into the narration of a child, Emilie. She recounts her abduction, thus eliciting our concern that the small girl’s life is in jeopardy and someone better find her fast. Emilie’s brief reports about her terrifying captivity are interspersed throughout with narrations by numerous other characters, each of whom provides his or her individual angle.

The present-day abductions play out against a 35-year-old case. Johanne Vik is asked to come to the bedside of a retired lawyer, who is very ill. The woman says an innocent man, Aksel Seier, was wrongly imprisoned for rape and the murder of a child. She tells Johanne that when she began investigating his case, all of the police files had mysteriously disappeared and that the reasons for his release, after serving nine years, were never explained. The lawyer then hands Johanne a folder and begs her to read it because she wants justice to be done. Intrigued, Johanne immerses herself in the case and briefly journeys to Cape Cod, where Aksel fled after being freed from jail.

Because of the public fascination with the current abductions, Johanne is interviewed on television and makes outspoken remarks that catch the interest of Adam Stubo, who is frustrated with his inability to find the person responsible for the children’s disappearances and, soon, for the deaths of two of them. At first, Johanne is reluctant to help because she’s involved with research about Aksel Seier, but Adam is strangely persistent, showing up at her home and on the street, so Johanne wonders if he’s attracted to her—Johanne is divorced from her husband, and Adam is an older widower. The seesaw relationship between the detective and the psychologist makes the reader wonder if they will ever get together. Romantic tension is often a second-tier element in thrillers.

One technique Holt uses brilliantly is the quick splice between character’s individual narratives. Each mini-ending leaves the reader wanting more and propels the pace as Holt constantly switches from multiple points of view, keeping the balls in the air like a consummate juggler. Slowly, the various plot threads—beginning with Aksel Seier’s imprisonment 35 years ago and concluding in the present—are skillfully tied up in a satisfying conclusion that flows logically.

Holt isn’t a literary stylist, though please note this book is translated from the Norwegian, so one never knows how closely the English version hews to the original text. She is, however, adept at creating memorable characters and complex plots. My only criticism of this book is that the relationship between Adam and Johanne feels peculiar—persistent on his part but also strangely passive. Johanne demonstrates ambivalence and yet some growing interest, though she fends Adam off, if, in fact, he’s making advances—she’s not sure. I found this back-and-forth awkward, resembling the ambivalent behavior between the lesbian detective, Hanne, and her male detective partner in Holt’s first series.

As mentioned previously, Punishment contains no LGTBQ characters. Holt probably considers herself a woman who writes fiction and is a lesbian, versus being a lesbian writer. I’m comfortable with this because I’m a “bridge” writer myself, but I was still surprised by the lack of inclusion. Clearly, sales weren’t hurt by having a lesbian police detective in the first series. As an internationally successful author, she could positively present one or two gay people in her work, even if they aren’t primary protagonists. Was this omission Holt’s idea or was she pressured by her publisher or agent?

Unlike her first series, Punishment isn’t available as an eBook, only as a paperback. It was originally published in Norwegian in 2001, with an English-language edition appearing in 2009 and a reissue in 2016.

I hope you will discover Anne Holt’s books, perhaps beginning with the Hanne Wilhelmsen titles and then migrating to the second series and Punishment. 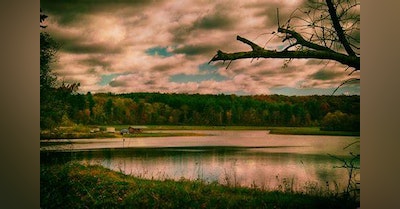 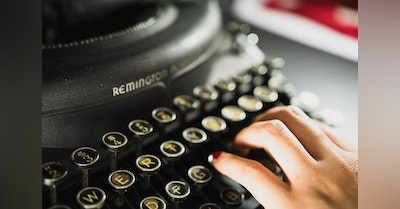 Seven years ago, after my first two books, CRIMINAL GOLD and TARNISHED GOLD, were published, I mused on what it means to be a crime and mystery fiction w…